It’s been nearly one year since college athletes gained the right to profit from their Name, Image and Likeness (NIL) while in school, and in that time the market has truly exploded with opportunities. The sheer amount of attention given to NIL deals between businesses and athletes shows exactly why brands should collaborate with college athletes.

In a very short time span, college athletes have risen to the top of the marketing world, becoming influencers of even greater importance than many celebrities. Today, athletes have a huge organic following, a highly engaged audience, and have the ability to target a specific geographic region with their following.

Let’s look at a few reasons brands why brands should collaborate with college athletes, and how they can go about doing it.

Influencer marketing has been top of mind for businesses and brands for several years now, with celebrities and influencers alike boasting massive social media followings. But it isn’t just massive follower counts and views that businesses should be chasing.

The key metric for social media success is engagement, which measures the number of shares, likes, and comments that a particular post or campaign receives, as a percentage of the total follower count. Engagement is a direct reflection of the trust and loyalty built between college athletes and their audience.

Importantly for brands looking to make NIL deals, college athletes have significantly higher engagement rates on social media platforms than a typical influencer. The average influencer engagement rate is 1% to 3%, with 5% seen as the typical top end of the spectrum.

For Example: Highly sought-after LSU gymnast Olivia Dunne boasts a stunning 26% engagement with more than 1.9 million followers on the platform.

Did you know college athletes have extremely loyal followings?

College athletes have been building their followings, and social media engagement, for years. In addition to being loyal, there is a genuine interest in the success of the player and the college. Because of this loyal following, properly executing NIL campaigns and product endorsements mean that the athlete’s fans can become fans of the brand the college athlete is promoting as well. Thus, passing along their loyalty in the process to their followers.

In short, Loyalty is another key reason brands should collaborate with college athletes.

This fact makes college athletes perfectly suited for extremely targeted marketing efforts. NIL deals with these athletes who can achieve amazing results due to their visibility and importance in the school’s community.

Even global brands are making use of targeted demographics, as Dreamfield demonstrated in its partnership with Mercedes-Benz for the launch of its EQS electric vehicle. Dreamfield provided the luxury car brand with a roster of star athletes in several large markets, whom the brand utilized as ambassadors for local launch events in their school’s cities. This resulted in a massive reach both in their local community and nationally.

For this specific campaign, Dreamfield recommended Mercedes work with UCLA volleyball star Mac May where she met fans at the LA launch event, while Miami QB D’Eriq King and Georgia Tech QB Jeff Sims participated in photo shoots with the vehicles to market launch events in their respective markets.

How brands can work with college athletes

Now that you understand why brands should collaborate with College Athletes, you are probably wondering where or how a brand can work with a College Athlete. This is where Dreamfield Sports comes into the picture, as the premier deal-making platform in the NIL space.

Dreamfield has dedicated staff that will take a brand’s unique requirements and create a bespoke campaign solution with a roster of tailored athletes. to their needs.

Dreamfield’s staff handles the challenging aspects of the NIL process, with compliance at the top of the list. It is vital that all NIL deals are vetted to ensure safety for the brand and the athlete.

Deals that are found to be out of compliance can cost the athlete their eligibility and hurt the brand’s credibility and reputation. Dreamfield’s staff performs due diligence on each deal to ensure compliance is achieved and maintained throughout the entire partnership and campaign. 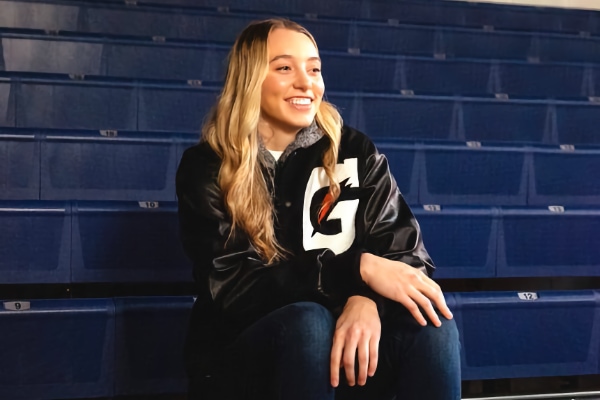 Dreamfield ensures all deals are properly contracted, with both sides agreeing to the deal’s terms, what is expected, and the obligations of each party. Once the contract is fulfilled, Dreamfield’s end-to-end payment system ensures this step is handled promptly and securely.

Once the campaign is finished, Dreamfield’s proprietary analytics will show exactly how the campaign performed and what factors can be optimized for the next one. Dreamfield is truly there every step of the way with its brand partners.

To Recap - Why brands should work with college players

There is no doubt that businesses and brands should collaborate with college athletes for NIL deals. The potential benefits are just too great to ignore. What will your brand do to take advantage of the opportunity? Contact us today to get started