While some things are clear in terms of what college athletes can and can’t do in terms of NIL deals, there is also a lot of gray area.

Here is a look at what is known, and what falls under the category of “we won’t know until we try it.”

Things businesses definitely can do 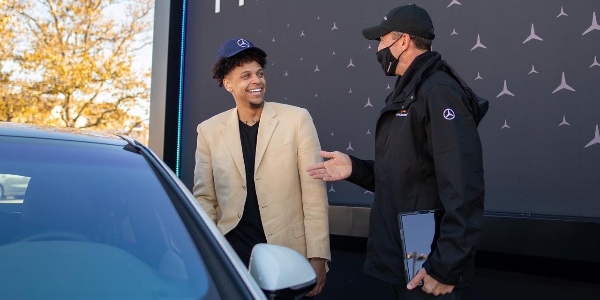 The important thing is to approach any deal with common-sense precautions that protect all parties. Precautions might include:

Group deals—working with entire teams or schools—have become an important part of the NIL landscape.

The Florida Panthers offered a deal to every female athlete at Florida Atlantic University. 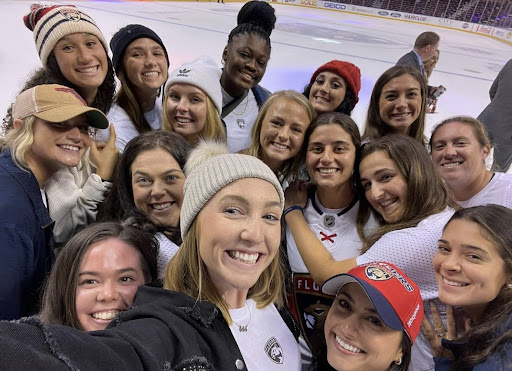 Built Bar paid for scholarships for all of BYU’s walk-on football players as part of a larger deal with the entire team.

MaximBet even offered a deal to every female athlete in the state of Colorado.

Under the old rules, gifts of any kind were prohibited. Now, it needs to be clear that goods or services given to athletes are in-kind compensation and not gifts.

Let’s say a dealership wants to give a car to the team’s star quarterback with the intent that he is seen driving it.

The dealership will need to come up with a reasonable fair-market value for this as in-kind compensation so it can’t be categorized as a gift.

Think outside the box

Businesses aren’t limited to a few narrow use cases. Some of the most recognizable brands are getting creative and venturing beyond standard TV spots.

Mercedes Benz hired student-athletes for its ambassador program to generate attention for the launch of the new EQS electric vehicle. 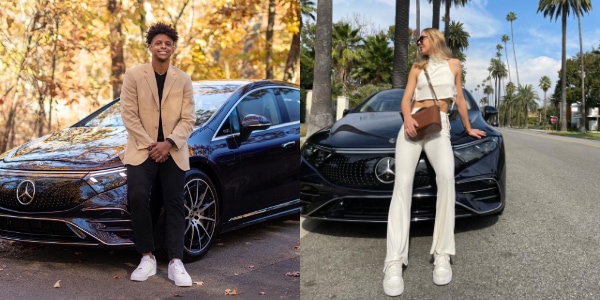 Wrestling giant WWE signed a deal with gold-medal winner Gable Stevenson to build a custom training facility for his pro career while he defends his national championship in his senior year.

Instead of hard and fast rules about what is allowed with NIL deals, the NCAA defined a few guardrails.

One of those guardrails strictly prohibits deals that constitute a “pay-for-play” arrangement.

Pay-for-play is the idea that a business or individual would offer a NIL deal to an athlete, contingent on the athlete choosing to play for the college of the deal-maker’s choice.

With many states also allowing high school athletes, who may not have chosen a school yet, to profit from NIL deals, it is crucial to be vigilant and avoid crossing the pay-for-play line.

Another hard and fast rule built into the NCAA guardrails is prohibiting deals that exceed fair market value.

While fair market value can be somewhat vague in its application, it generally means that a business can’t pay egregiously more than what others are receiving for a similar deal.

An example would be paying an athlete $1 million dollars for a single tweet, a value that is clearly out of line when other athletes are receiving $500 for the same deal.

Businesses looking to offer a deal can check deal-making platforms like Dreamfield or do their own research to get a basic idea of fair market value for the deal they want to make.

Use a school’s logos and trademarks

Because nearly every school has an exclusive apparel or merchandise contract already in place, athletes are almost never allowed to be in uniform during the performance of a deal.

It is very important for businesses to ensure that an athlete is not wearing any licensed apparel while participating in activities as part of a deal, as it would be an NCAA violation.

One exception to this rule is Syracuse basketball star Buddy Boeheim’s deal with The Players Trunk apparel company. 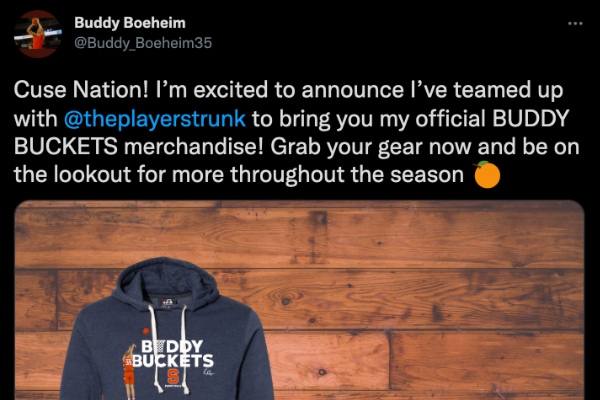 Because the company has a deal with Syracuse for apparel, Boeheim’s NIL deal allowed merch to be created with the school’s logo on it.

Another exception includes athletes from LSU, Texas, North Carolina, and Ohio State. These schools have declared their athletes can wear school trademarks and logos for NIL deals.

But these are only a select few schools. As a general rule, businesses should not expect that athletes will be able to wear anything featuring their school’s name or logo.

We’ve broken things down into three categories. Here’s what is completely fine:

NIL rules are a moving target and we’ll be updating this article as things change.