NIL deals have exploded into the public eye, with athletes creating their own brands and promoting everything from cars to milkshakes.

Brands as big as Mercedes-Benz and as small as mom-and-pop restaurants are jumping on the NIL bandwagon and showing there is profit to be made by partnering with athletes.

Here are 12 ways your business can profit too.

Social media is a part of everyday life, and it absolutely must be in the marketing plan for every business.

College athletes are some of the most visible influencers on social media, so it only makes sense to include this as part of every NIL deal you sign. 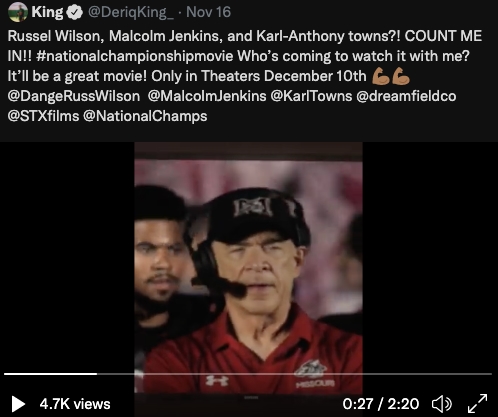 Every post and video has the chance to go viral, like Gronk selling tooth whitener, so work with your athletes to get creative and reap the benefits.

If your business has a brick-and-mortar location, bringing a college athlete out for a personal appearance can be an effective way to draw a crowd. 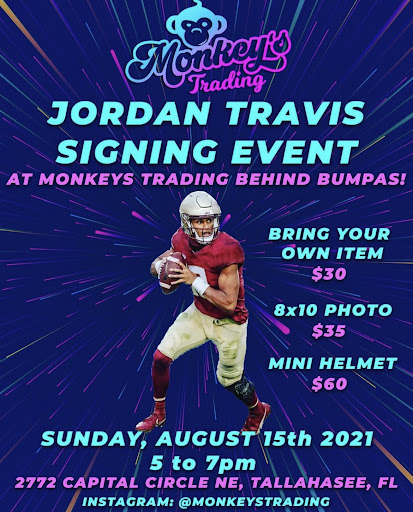 Adding in a chance for fans to get the athlete’s autograph can take your event to the next level, as fans will come out in droves to have a memento from meeting their favorite sports hero.

3. Feature college athletes in your ads

Whether your ad is for television, radio, social, outdoor or print, college athletes can help you generate more attention and sales.

Campaigns can be as simple as a single billboard or more involved like ongoing appearances in videos or commercials.

Want a longer-tail campaign? Provide athletes with their own link or coupon code that provides a small commission for every customer they send to your business—and makes a purchase.

Manage the coupons for e-commerce through Shopify or Woocommerce. Tie the coupon into your POS (like Toast or Clover) if you’re a retailer. Modern tools make it easy to do.

Bumble famously leveraged ambassadors on college campuses to fuel its growth. Tapping into the popularity of some of the biggest names on campus can help you do the same.

Brand ambassadors are responsible for representing and promoting your brand at events and on social media. 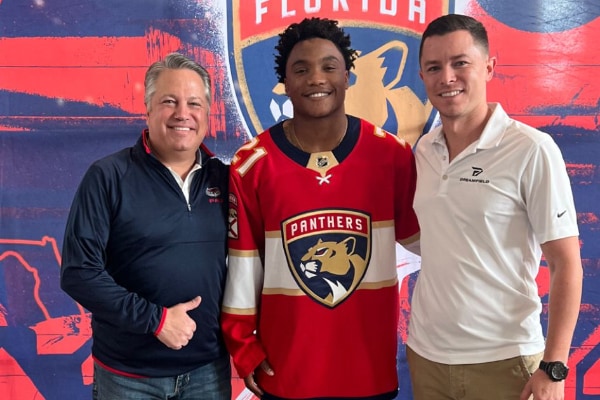 It’s a longer-term engagement that requires some coordination but can have massive upside.

Need some inspiration? Check out how Bumble does it.

6. License their name for your merchandise

Merchandise is king, and fans want to be seen wearing their favorite player’s name and number wherever they go.

Capitalize on the star power of your local school’s athletes by signing them to endorse and be seen using or wearing your goods. 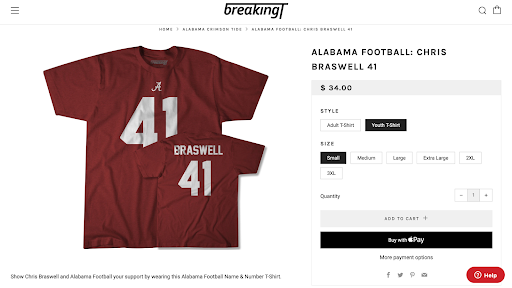 Even make unique custom items just for them and offer a percentage of your sales as payment in the deal.

Dreamfield partner BreakingT did just that, creating a campaign for any athlete to design their own t-shirt, and paying out a percentage of sales, both online and in physical stores.

7. Partner with athletes on their own merch

One of the earliest expressions of NIL freedom saw players creating their own personal brands and selling goods featuring their logos and designs. 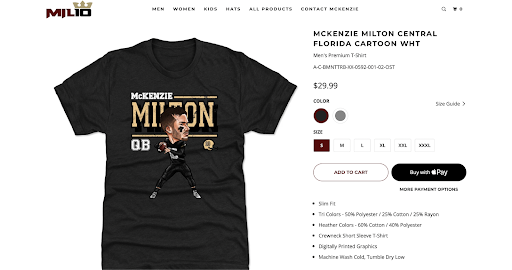 Your business can capitalize on that by offering the athletes another avenue for sales and letting their brand power help elevate yours.

Sign exclusive deals to distribute their merchandise in your locations, or become the “Official provider of...” for their brand. The possibilities are endless!

In addition to signing individual athletes, it is possible to offer deals to entire programs, or even entire athletic departments. 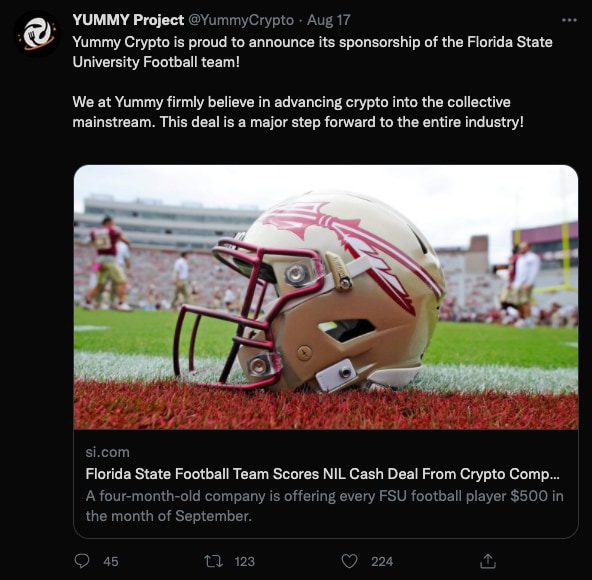 Athletes may feel more comfortable opting into a deal when their teammates are involved too.

Football and men’s basketball may get the most press and attention, but every sport has stars. Nowhere is this more obvious than with Fresno State women’s basketball stars Hanna and Hailey Cavinder.

The twins signed a huge deal with Boost Mobile, among others. They aren’t household names for their athletic prowess, but with more than 4 million TikTok followers, they are a huge force in marketing to their fans.

Understand your local school’s biggest stars who may be more well known for off-the-field reasons in order to snag valuable under-the-radar deals.

10. Co-sponsor a charity event with an athlete

If you are doing good work in your community, search for athletes that share the same passion for it that you do.

Not only will you gain goodwill from showcasing the causes that are important to you, but the athletes will also view your deal with them as more than just a financial transaction.

Your business can even create events centered around this charitable work, bringing in new potential customers and giving you more ways to utilize your deal with the athlete.

11. Work with the schools, not just the players

In states where laws allow the schools to be involved in the deals, businesses can use those connections to make a bigger impact.

Lith Token created a campaign offering every athlete on the University of Wyoming football team the opportunity to promote sustainability and environmental protection. 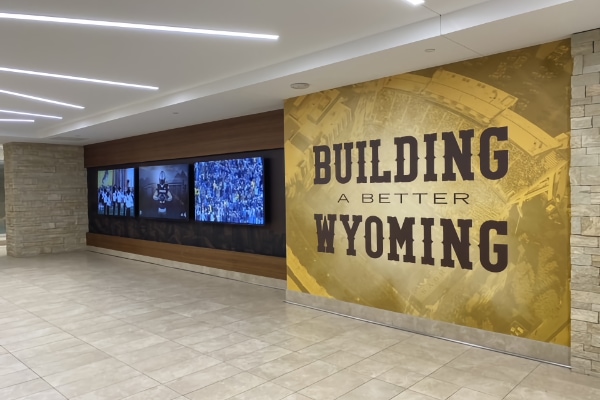 The 6-week campaign featured one social media post per week from the athlete.

12. Look for stories that align with your brand

People love stories, and knowing more about their athletes will make them feel even more connected to them, and to your brand.

Northwestern quarterback Ryan Hilinski is a top athlete, but he also advocates for mental health awareness in memory of his brother, who took his own life due to mental health struggles.

There are hundreds of stories like this that no one knows about. Find athletes who are doing great things in the community, or taking NIL deals in order to make a difference in other people’s lives.

Your brand will benefit from showing that they aren’t just great athletes, they’re great people as well.