The Sooners will have plenty of options at QB this coming year, but incoming freshman Nick Evers is already scoring points with fans due to his charitable take on NIL.

In January, Nick announced that 100% of the proceeds from his first NIL deal would go directly to the Make-A-Wish Foundation, which helps children with life-threatening medical conditions. 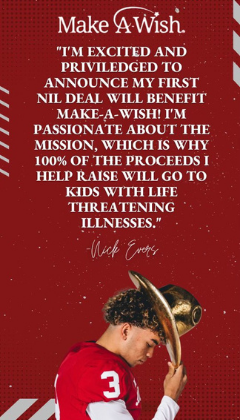 Nick also posted links on his social media to allow fans to make donations directly to the charity.

At Iowa home football games, fans turn and wave at the patients of Stead Family Children’s Hospital—which is located across the street from the stadium.

To help raise money for the hospital, star offensive lineman Tyler Linderbaum partnered with a local apparel company to produce a line of exclusive merchandise. 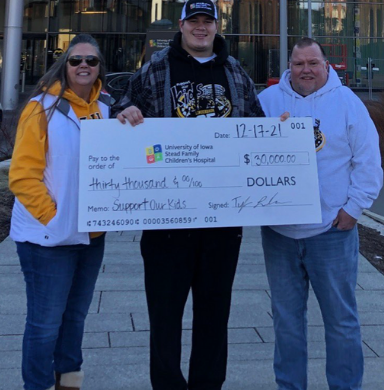 The sales of the apparel generated $30,000 in proceeds, all of which was donated to the hospital, as neither Tyler nor the apparel company kept any money.

A friend of Dillan Gibbons suffered from various medical issues, but Dillan didn’t want that to keep his friend from ever attending a game in Tallahassee.

The GoFundMe campaign he started for his friend soon led to Dillan becoming the first athlete to be sponsored by the crowd-sourced fundraising giant. 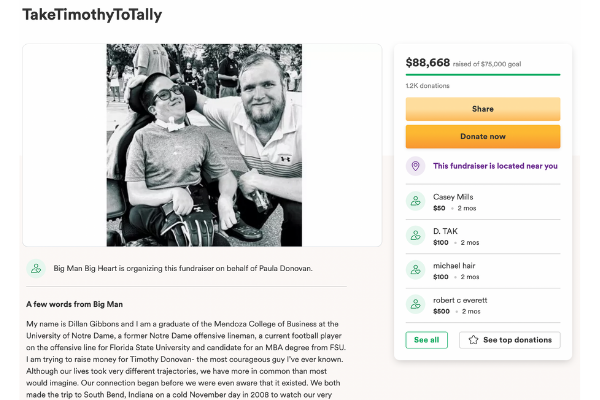 Dillan additionally created his own nonprofit to help other athletes use their NIL proceeds for good causes, which has raised more than $150,000 to date.

Blake Corum recently partnered with a local Ann Arbor chocolate shop to raise money by appearing in person and meeting with customers while also serving the shop’s wares.

Corum then donated 15% of the proceeds from the day to the Uniform Funding Foundation, which works to make sure underprivilegd children have uniforms to play sports.

Well before he came to Ohio State, Harry Miller had the people of Nicaragua in his heart. Having gone there on several mission trips, Miller saw the needs of the country’s children.

It was this desire to give back that helped Miller partner with Allstate for the AFCA Good Works Team. The insurance company donated $10,000 to charities in Nicaragua on his behalf. 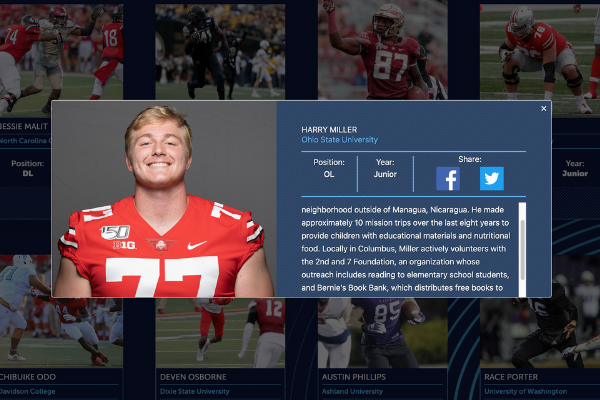 The foundation helps children with life-threatening illnesses to live out their dreams, and one of those special children wanted to meet an LSU football player.

Enter Jack Bech, star tight end at the school, who met with Blayne Griffin and showed him around the school’s football facilities. 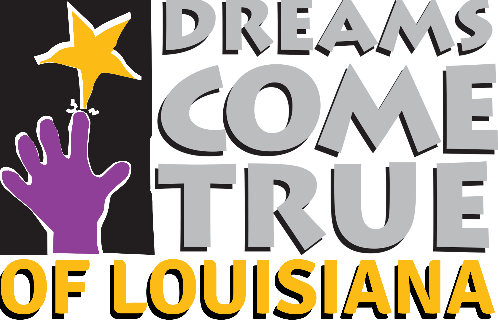 Not only is Bech’s involvement raising awareness of the charity, he has pledged to donate a portion of his NIL proceeds to the foundation, allowing them to make more dreams come true.

Texas Longhorns quarterback Casey Thompson is taking his talents to Cameo, where he is charging $50 per video as his NIL rights allow him to do.

But unlike many of the other celebrities and athletes on the site, Thompson has pledged to use the proceeds from those videos to fund a good cause. 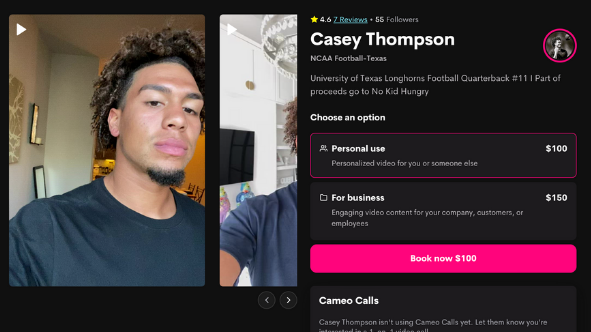 Thompson will donate all of the proceeds from his videos to No Kid Hungry, an organization dedicated to eliminating childhood hunger in America.

Star Georgia quarterback Stetson Bennett and four of his teammates are helping charities during their time off the field. 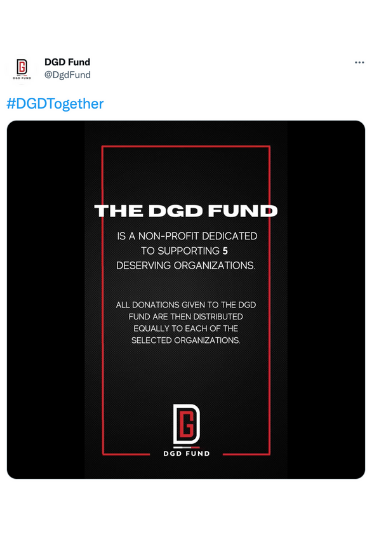 Through their DGD fund, the group uses NIL money to contribute to a variety of charities, including the:

As an international student attending school in the US on a visa, the NIL rules state that Uros Plavsic and other athletes like him cannot accept NIL money.

The rules don’t stop them from sending the money directly to charity, however, so that is exactly what the Tennessee basketball star is doing. 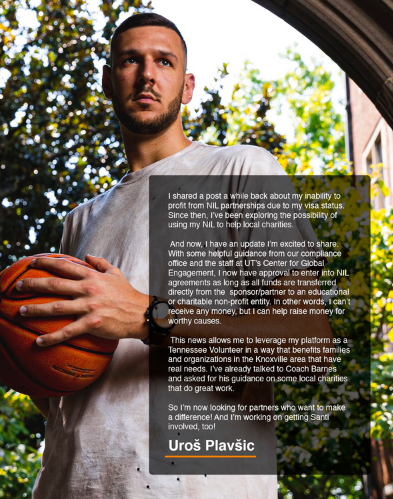 Plavsic signed an NIL deal with vidsig, a video chat platform, and all proceeds will benefit Goods4Greatness, which pays for fees and equipment allowing underprivileged youths to participate in sports.

America’s favorite basketball tournament is upon us, and Outback is using the attention it gets to create a NIL campaign that gives back to the American Cancer Society.

Featuring athletes from schools like Duke and Michigan, each player has their own bundle meal available for ordering from Outback’s online ordering service. 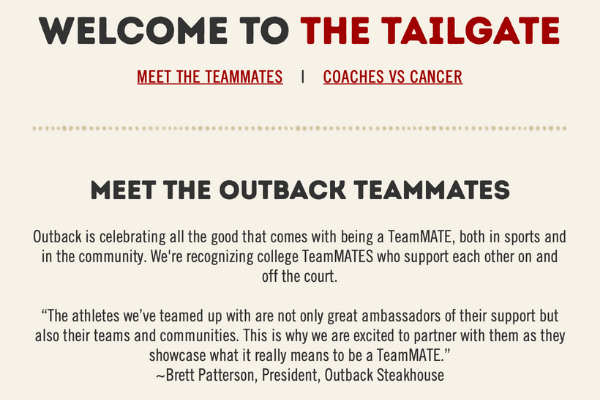